As the Synthetic Biology Open Language (SBOL) data and visual standards gain acceptance for describing genetic designs in a detailed and reproducible way, there is an increasing need for an intuitive sequence editor tool that biologists can use that supports these standards. This paper describes SBOLDesigner 2, a genetic design automation (GDA) tool that natively supports both the SBOL data model (Version 2) and SBOL Visual (Version 1). This software is enabled to fetch and store parts and designs from SBOL repositories, such as SynBioHub. It can also import and export data about parts and designs in FASTA, GenBank, and SBOL 1 data format. Finally, it possesses a simple and intuitive user interface. This paper describes the design process using SBOLDesigner 2, highlighting new features over the earlier prototype versions. SBOLDesigner 2 is released freely and open source under the Apache 2.0 license. 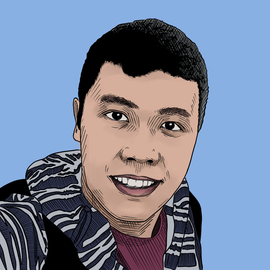